Not so weekly Changelog number 60

This week I went hard into QOL updates

So as usual this is just kinda a summary of all the changes from the past couple weeks ignoring some simpler changes.

-Floating text now fades away in 3 seconds by default

-Added the ability to customize the time it takes for the floating text that appears when something happens in game to fade away.
--You can do this in the options menu and it defaults to 3 seconds. If you are having trouble understanding what is happening in game, just set this to max. 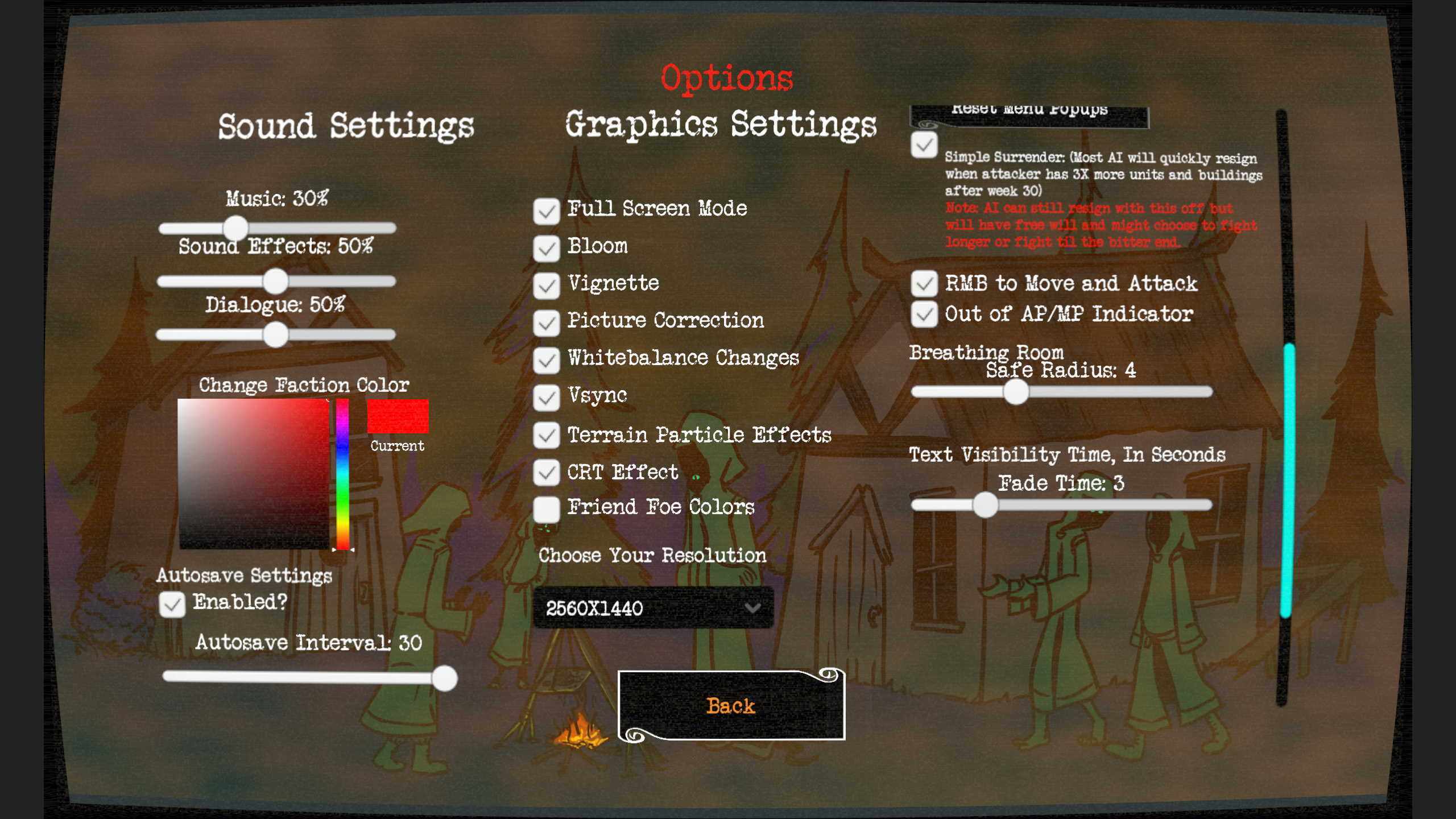 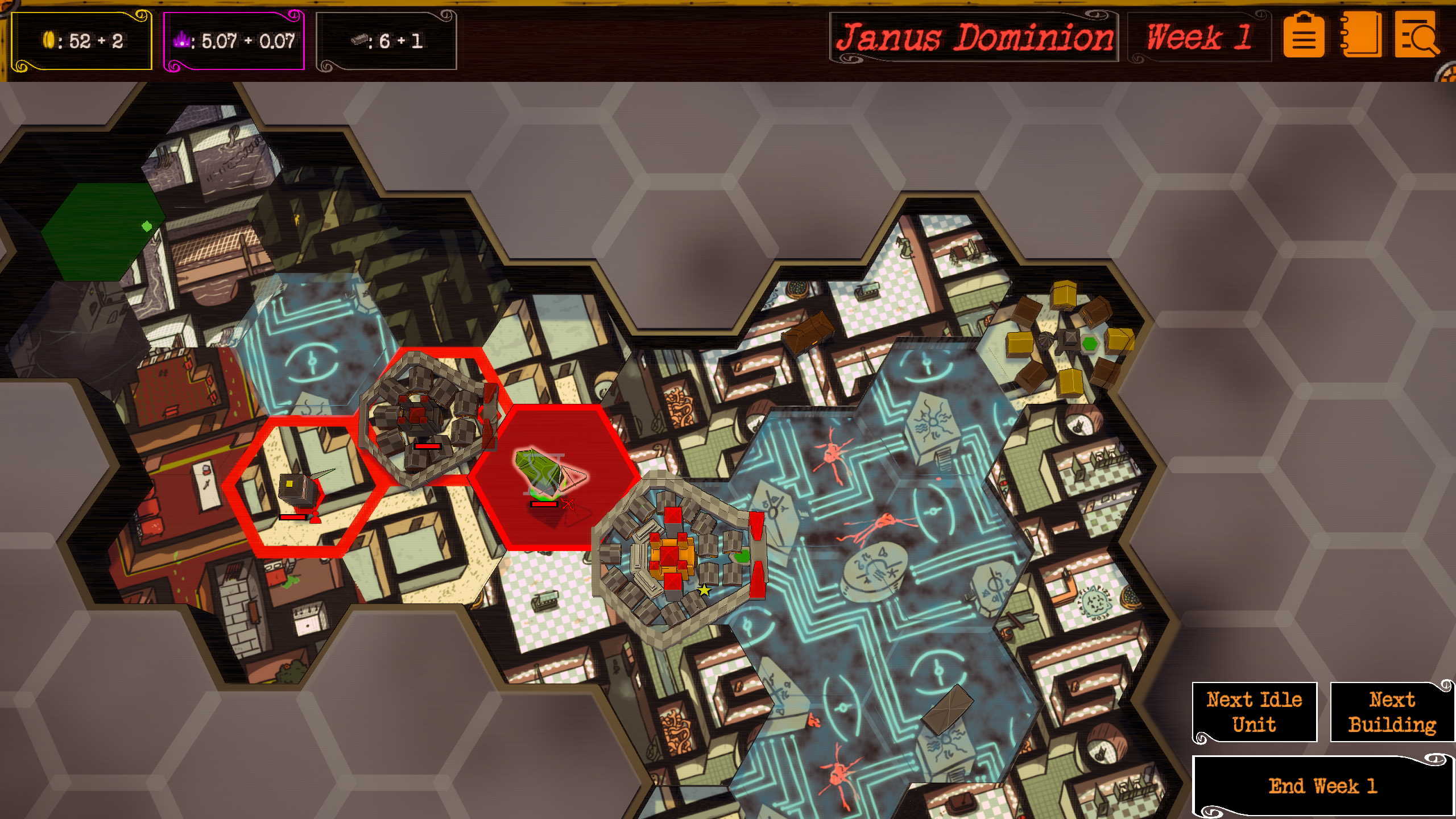 -Added a new song to the soundtrack that plays in game

-Health is now rounded on the unit info screen

-When a unit is attacked by a stealthed unit, the attacker (and all other adjacent stealthed units) are revealed. However, units that are attacking from range are not revealed.

-You can do various things.

Some news!
I've been working with a friend to create an awesome new updated trailer for the game. That should be done soonish!

Second news:
I have a plan for implementing the long awaited lich faction! Which has been hinted at in the setup screen since the beginning! 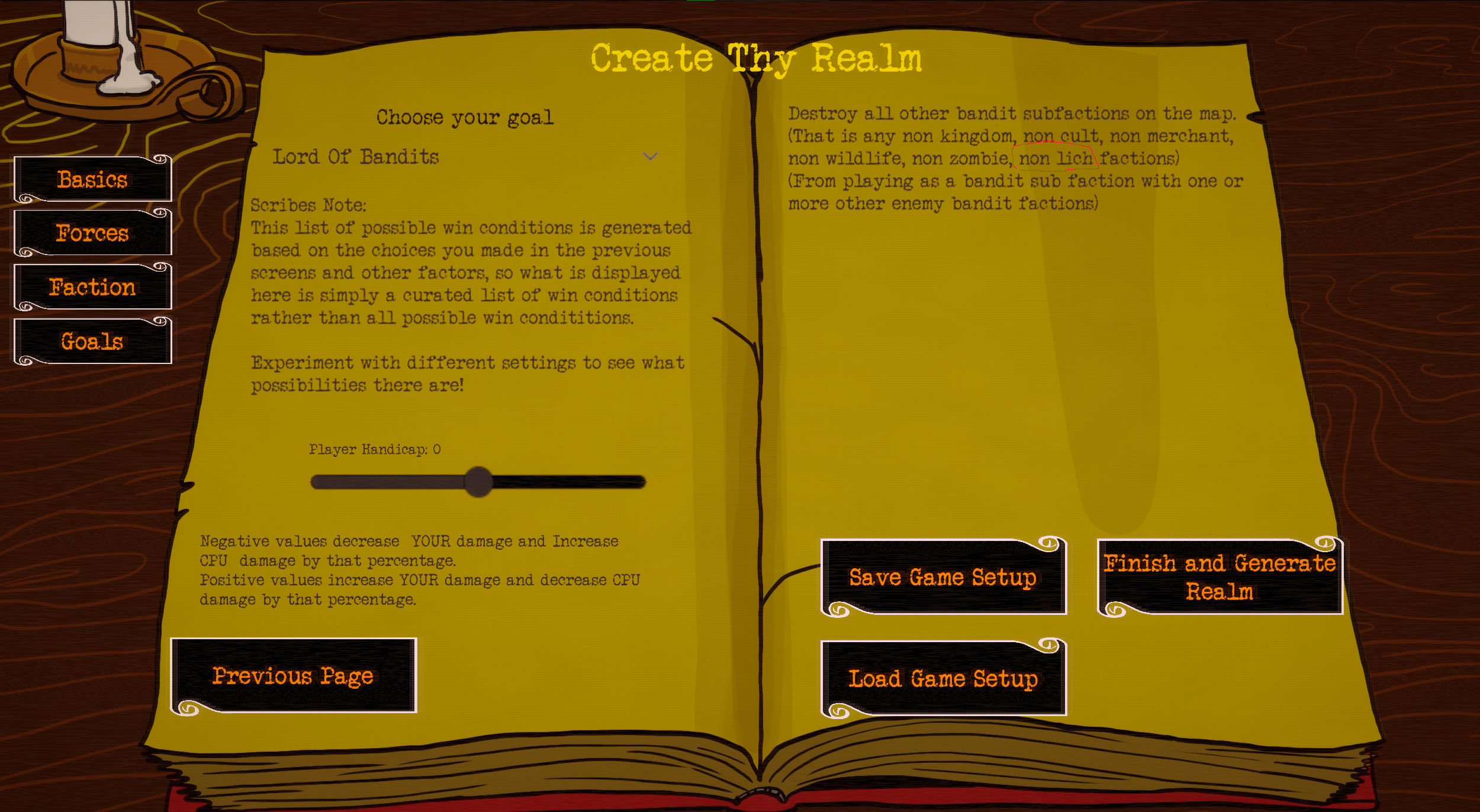 This will be a new faction with a couple new resource types (Flesh, Bones (And two othe rones i shall not reveal)) that wil be meant to be a relatively in depth necromancer//lich tycoon/sim.

This has nessessitated fleshing out how undead work in my setting!

This is partially explained in an in game book. Which served as a kind of base for the concept!