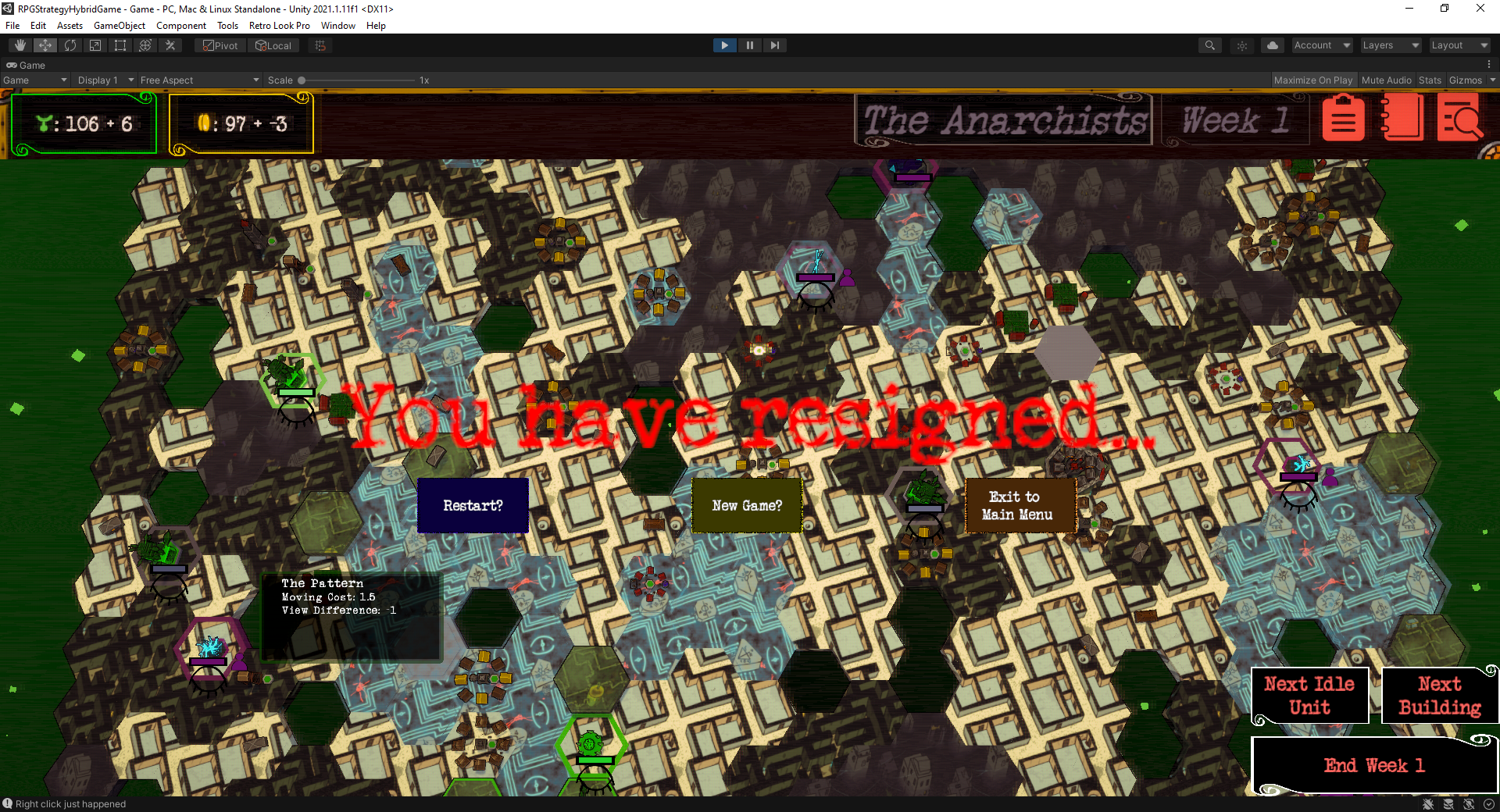 Added some cool new stuff in the last couple weeks, this changelog includes all changes in the "mini logs" on gamejolt and all other changes made in the last two weeks.

-Added more types of tiles to the noderooms maps

-Slightly changed art for "No Clip" setting to something more washed out, as it was too bold to make out units sometimes before

Added some more possibilities to the food name generator, this includes adding ravioli
--So you can now conquer alll the towns that specialize in making ravioli if you want I guess.

-Fix bandits renaming selves on mission when they absolutely shouldnt

-Changed spawning rules for wildlife/bandits/etc to spread them out more and restrict them less This should juist ensure the wildlife is more spread out, less concentrated in certain places.