Hey guys! This is teh first of the not-weekly changelogs!

-Added a new goal for repairing the capital if you are a kingdom in a setting with any kind of ruined capital.

-Added a new goal for ruining the capital if you are a cult, dark force, or whatever on a setting with a non-ruined cpaital city. 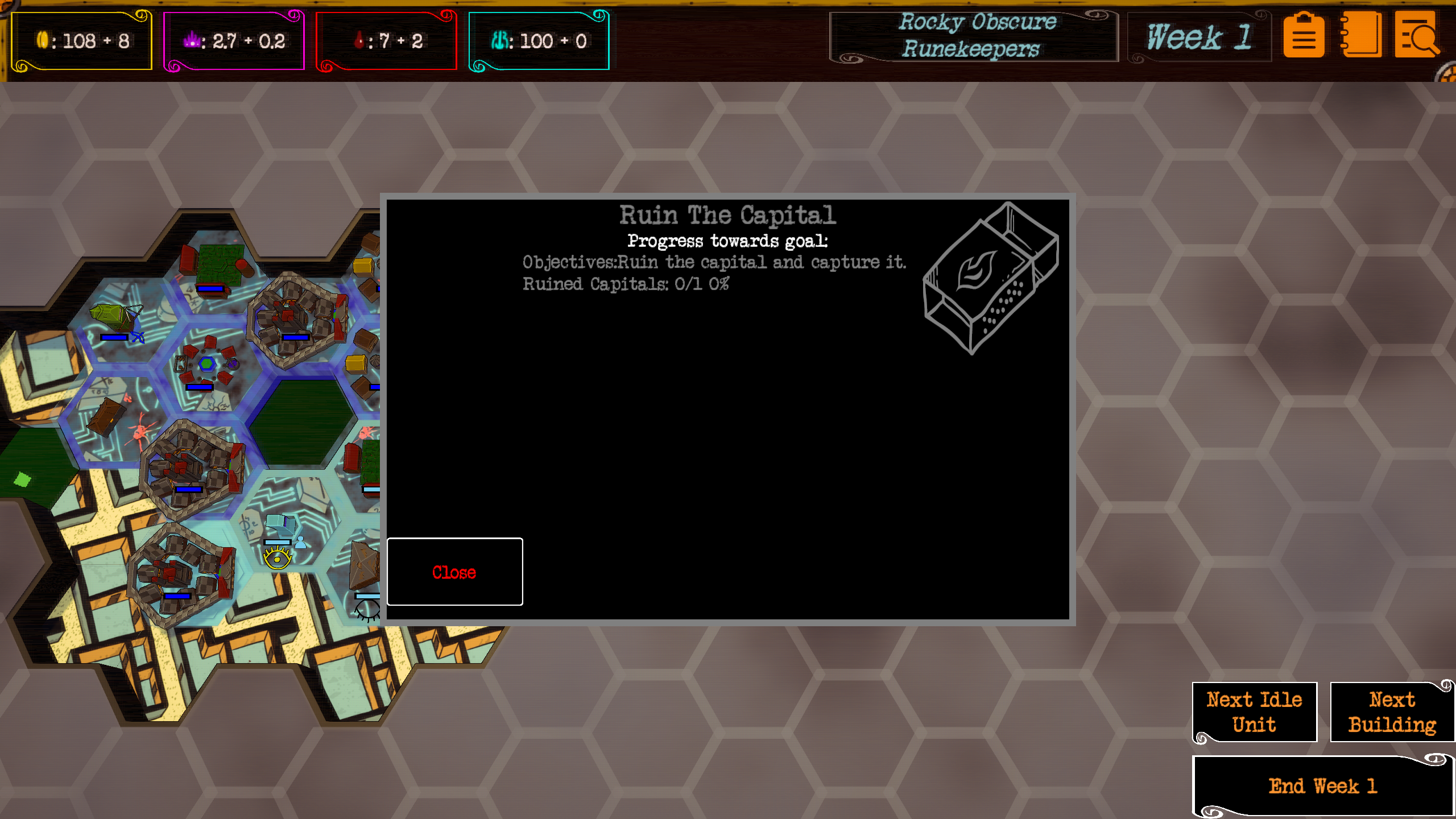 -Made AI bandits prefer gray over yellow, now instead of choosing from the same color list as wildlife they choose from a list with several shades of gray and other colors

-Changed how move costs work so that if a unit is surrounded by tiles they wouldnt normally be able to move to they can move to them even if their movement cost wouldnt otherwise work for that situation. EG, A warrior can now move onto a mountain that has 4 move cost, for all its move cost instea dof being unable (Basiclaly if you are a unit that can move, and you have low movement, you will always be able to move at least 1 tile in any direction in a turn (assuming said tile isnt a void tile) all previous movement flags abvities are maintained, eg Aquatic things still cannot move onto dry land etc.

-Added new tile type 'Void' tiles these are basiclaly no tile but they have fog of war, and flying units and ethereal units are able to traverse them

-Units with "flyer" can now move through void tiles 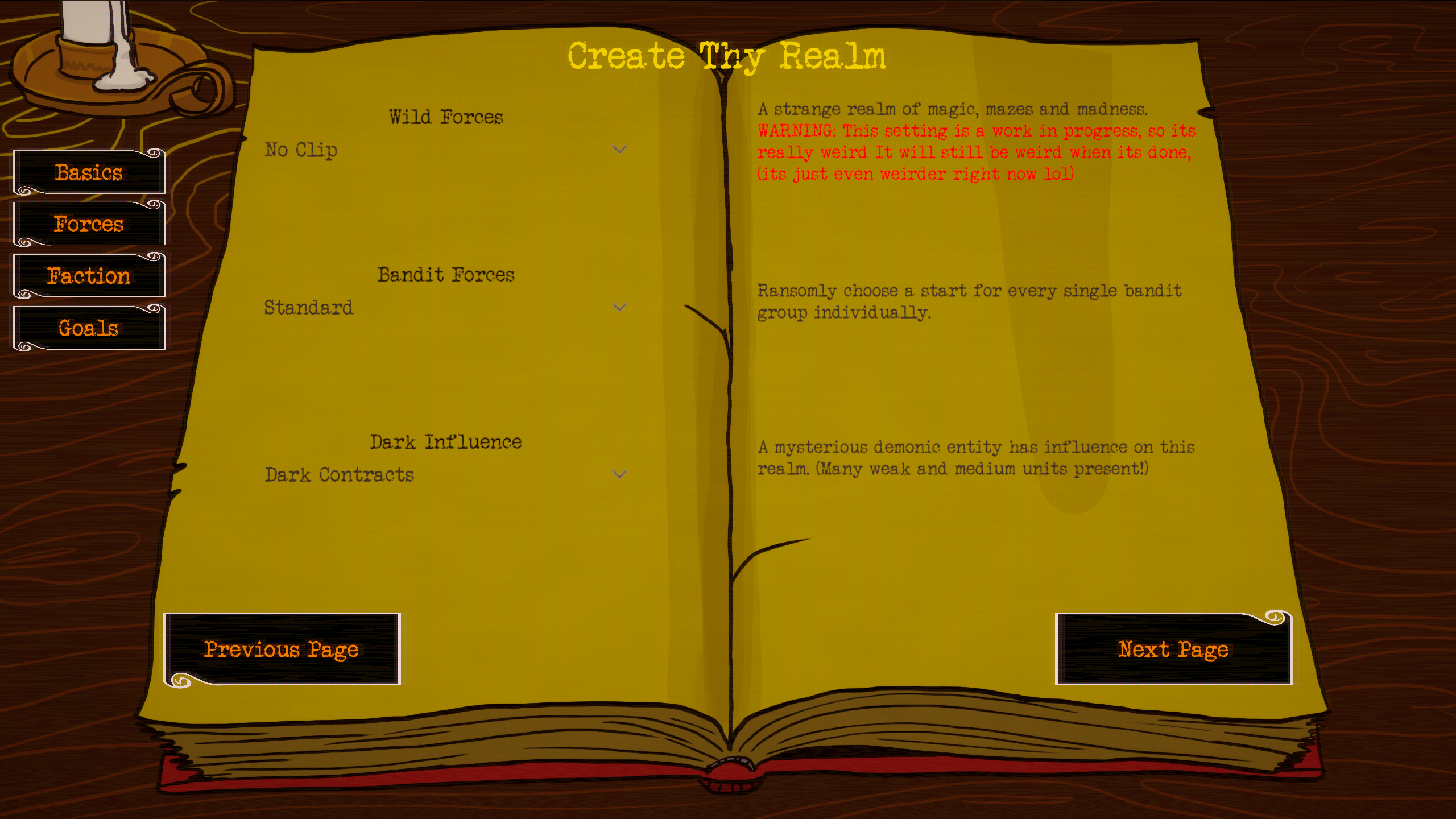 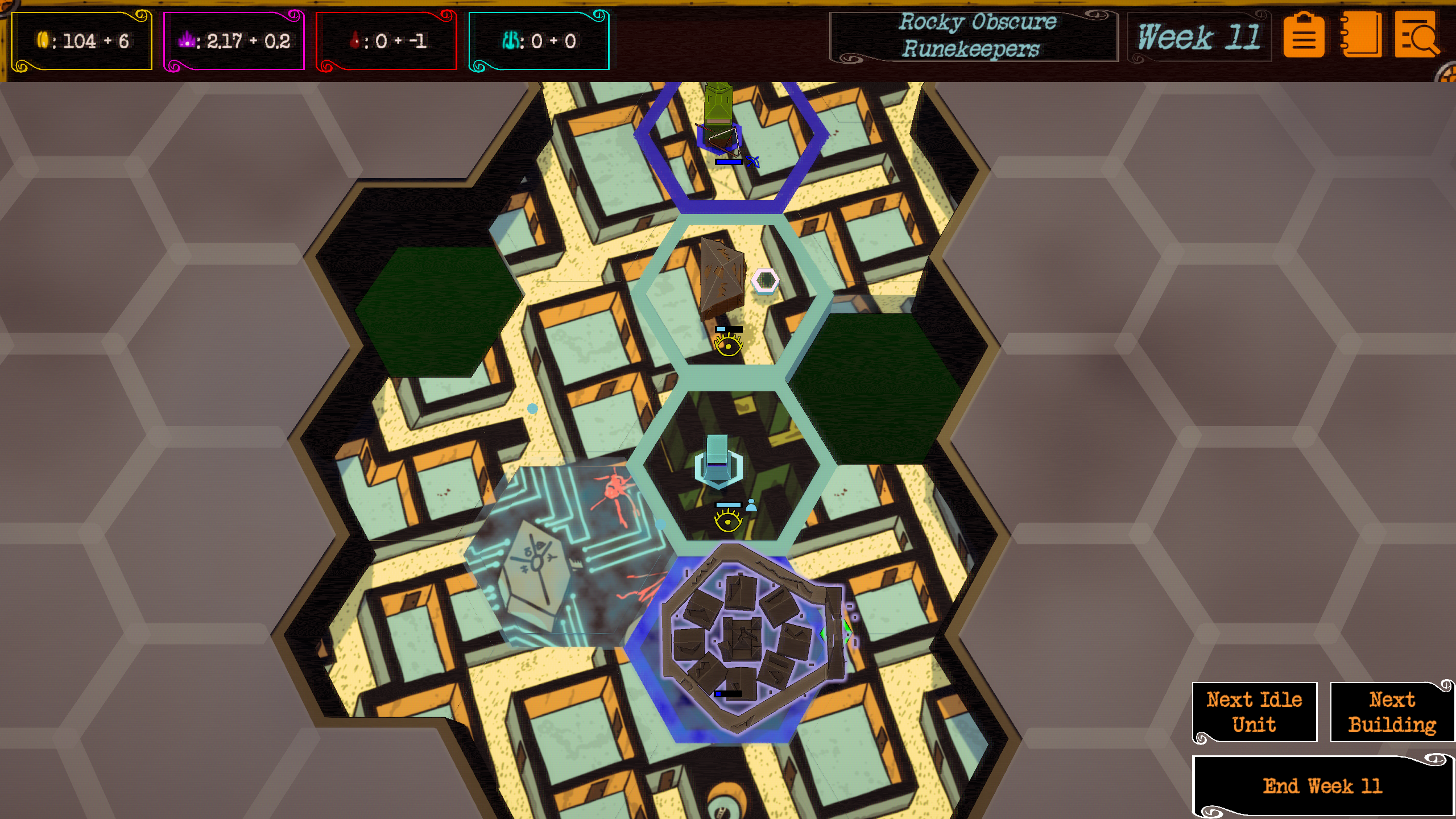 -Fixed bug where tons of "phantom" buildings would appear in lower left corner on small/tiny/;complex maps

-Flying and Ethereal units can now travel through void tiles

-Creeating an uncjw ferk from an unjw, now costs the same as building it from a fungal lair (removing the discount)